Learning from the best: beadworking with the Maasai in Olduvai


Learning the art of beadwork from the Maasai in Olduvai Gorge was one of the highlights for the OGAP conservation team this season (see details about our team here).

The team was very interested in engaging more directly with local Maasai women to learn about Maasai culture from them. First-hand understanding of manufacturing techniques is essential for a conservator's work, as is a deeper understanding of the cultural significance they carry. At Olduvai we learned from the best. And it was so much fun!

We organized several beadworking sessions and were introduced to the basic techniques. A small fund was provided by the UCL Conservation and Development Research Network, and beads and other materials were brought from the Maasai Market in Arusha. We had several sessions with Pendo Melau and Nairoshi Zebeday. Pendo and Nairoshi came over to the Leakey Camp at the end of the day and patiently showed us what to do! Needless to say they had to undo/correct our work very often!

We also had the chance to observe Siteyo Lembele and Sekwai Babai beadworking (they were working for the OGAP excavation but would sometimes come over to our lab during their lunch break). Siteyo and Sekwai showed us their techniques, and sold the end-products of the demonstrations.

As you probably know, beadworking is exclusively carried out by women in Maasai contexts. They start learning as little girls and devote a lot of attention to the use of colours and creation of designs - at some point they will have developed their own personal styles (usually influenced by their mothers). Their skills achieve nothing less than perfection and they are very critical of small defects.  It was fascinating to see how the four of them produced completely different patterns even though they were using exactly the same raw materials. 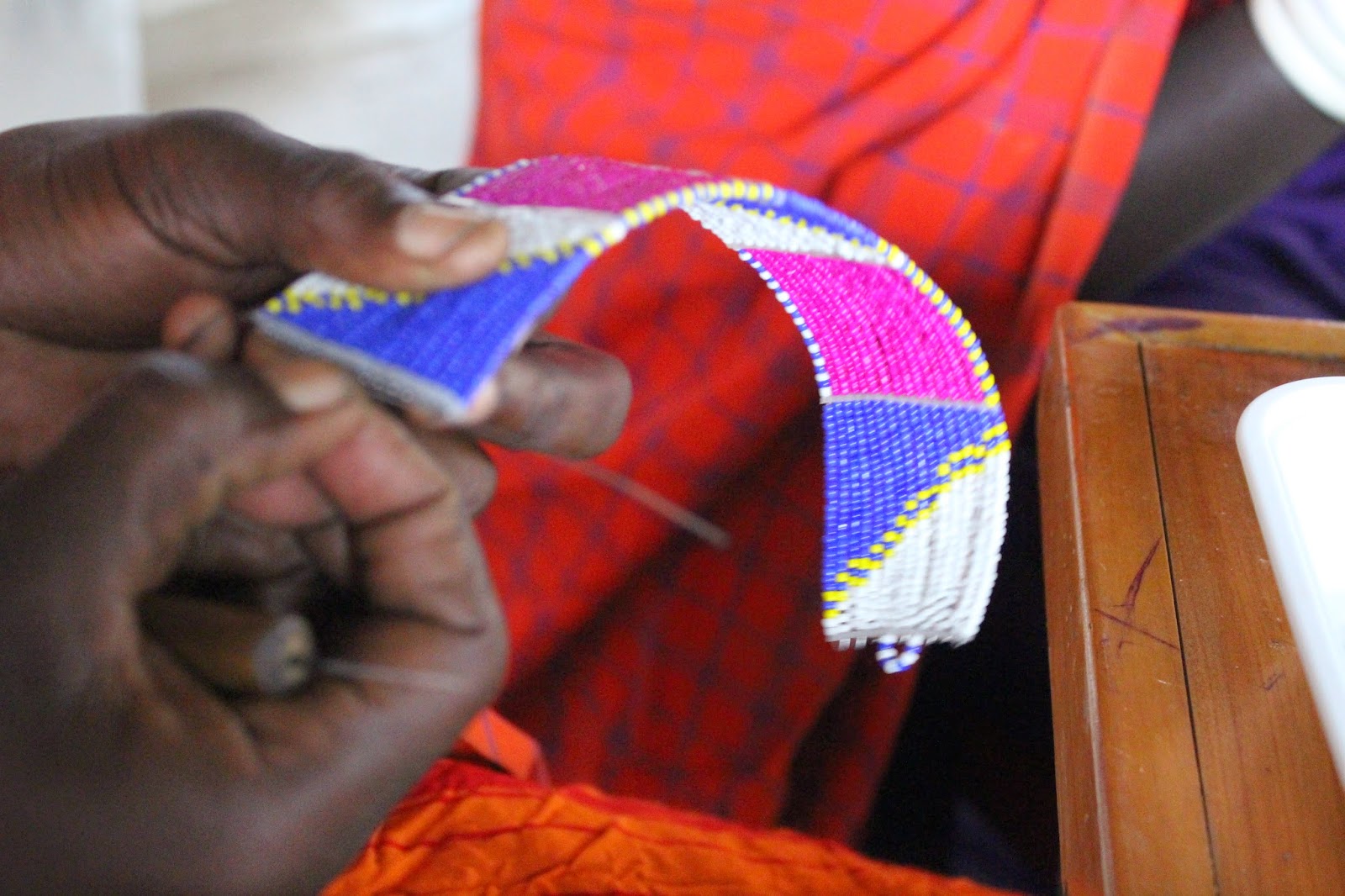 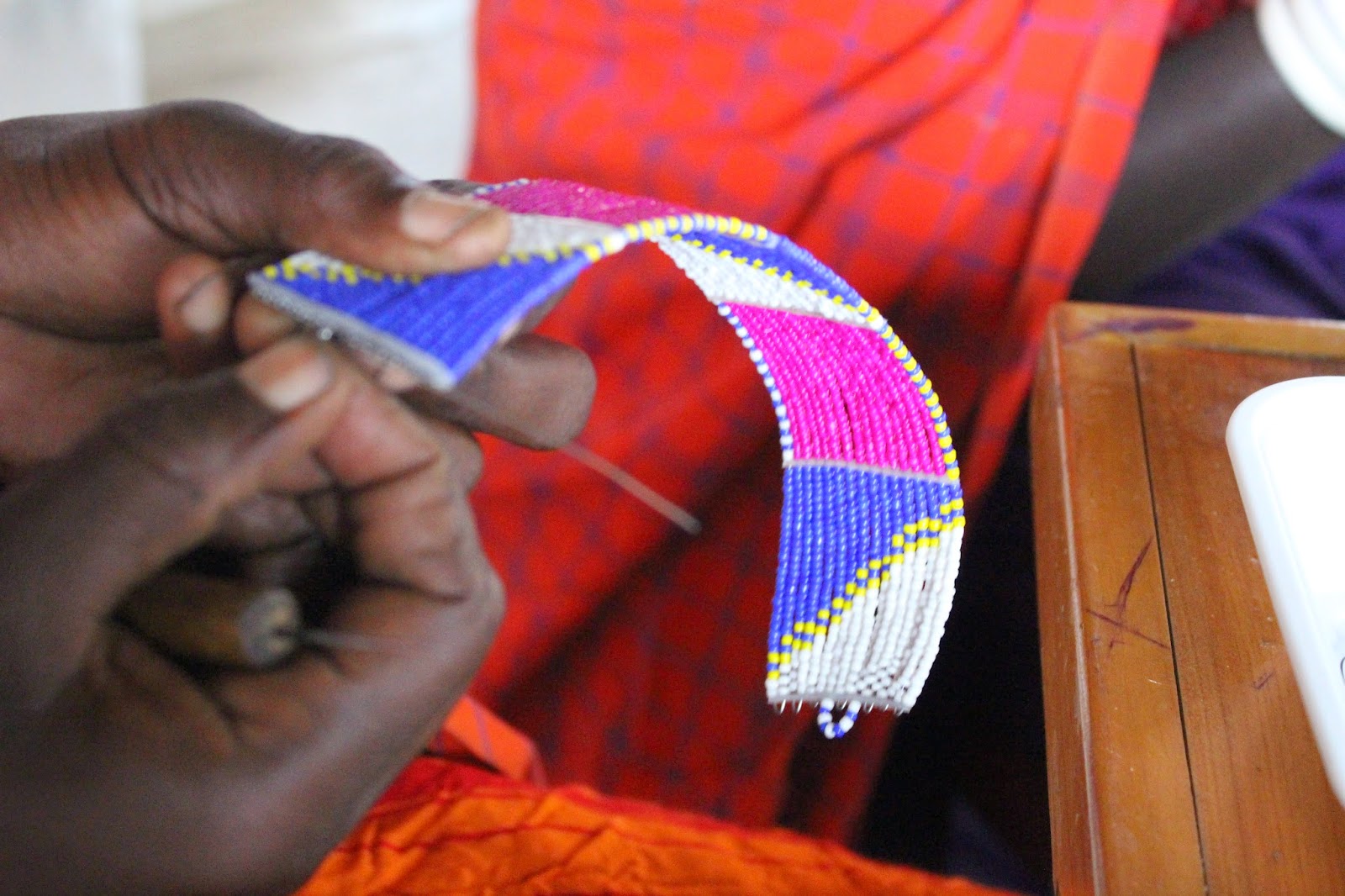 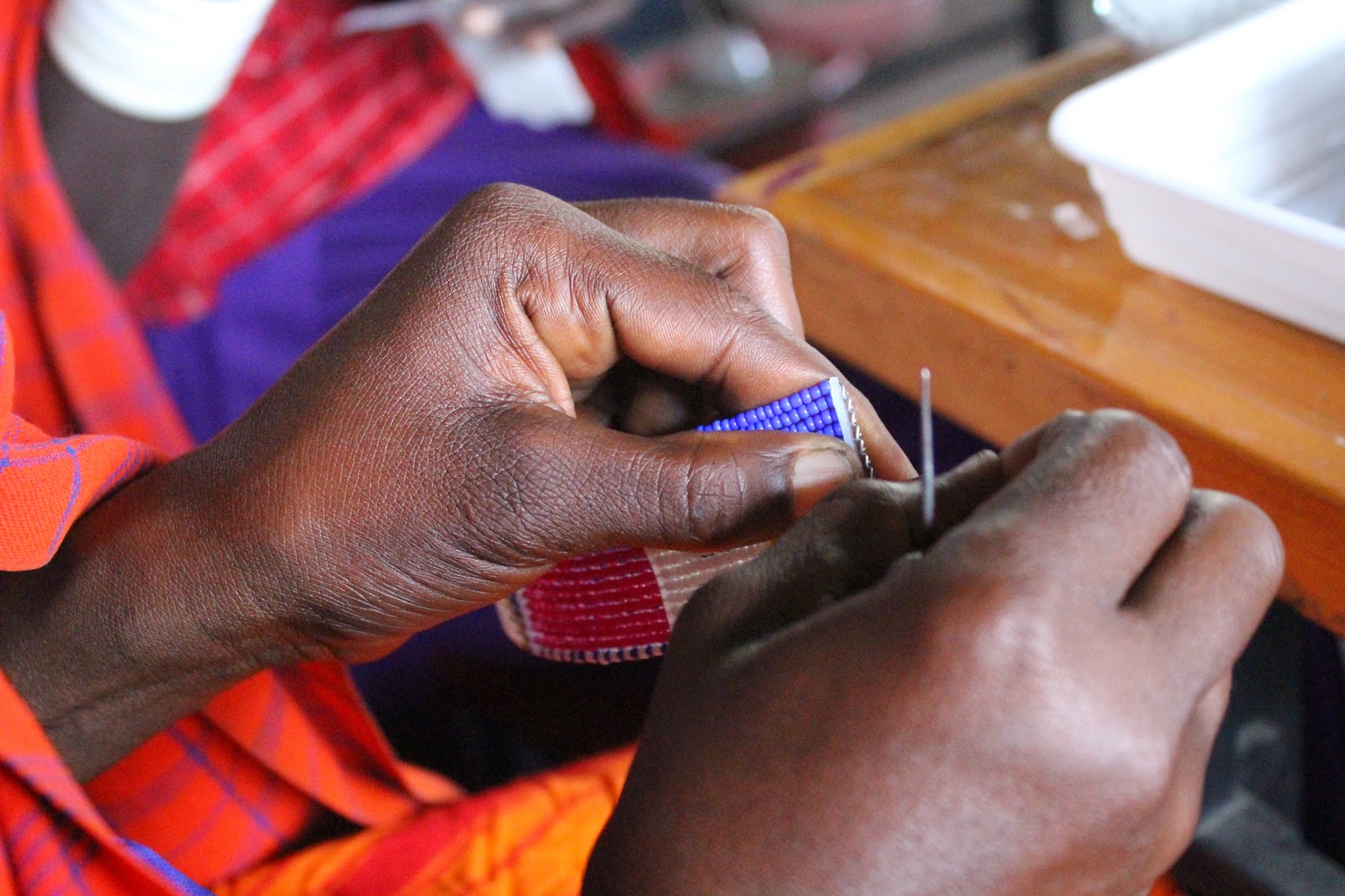 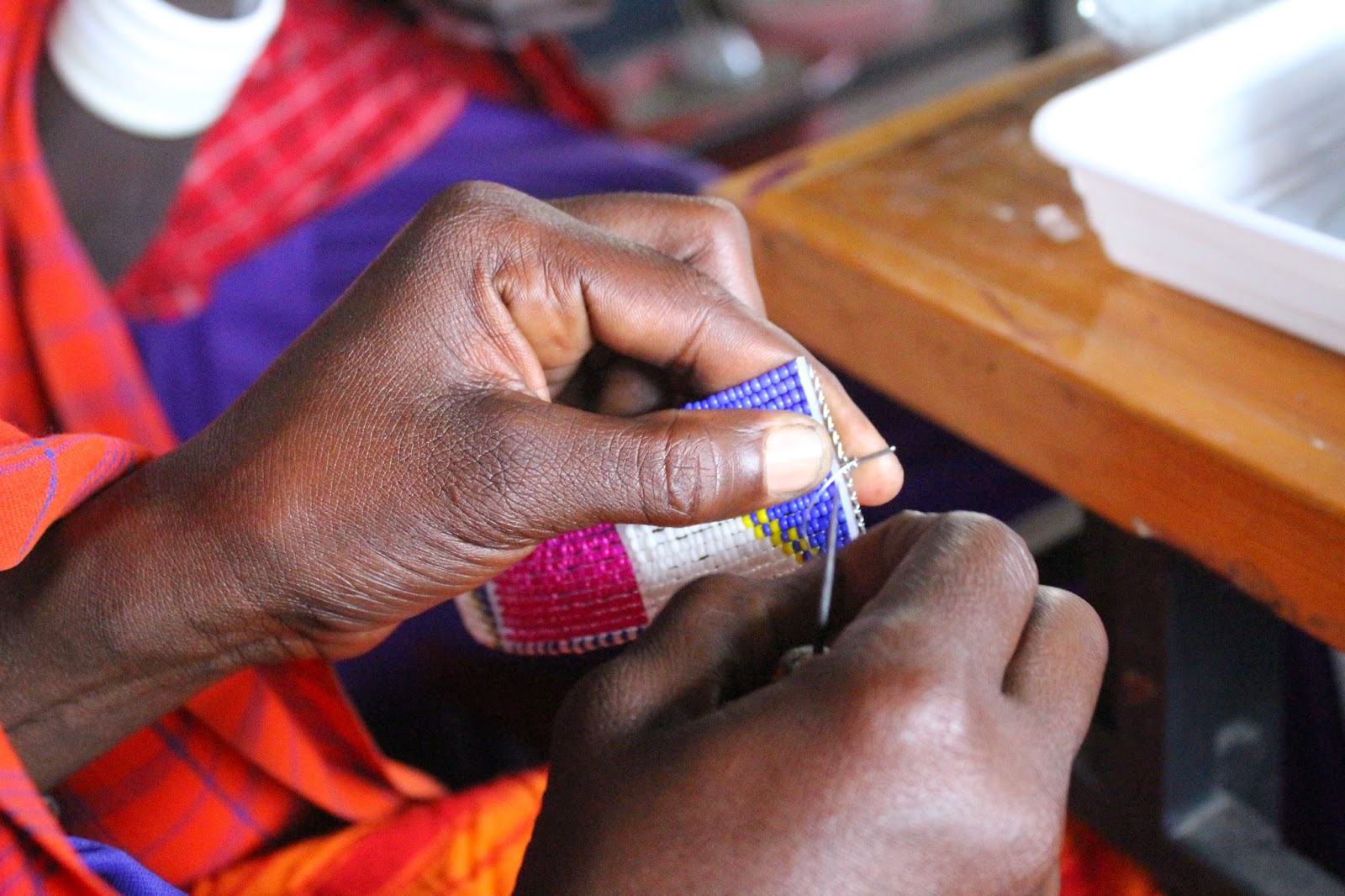 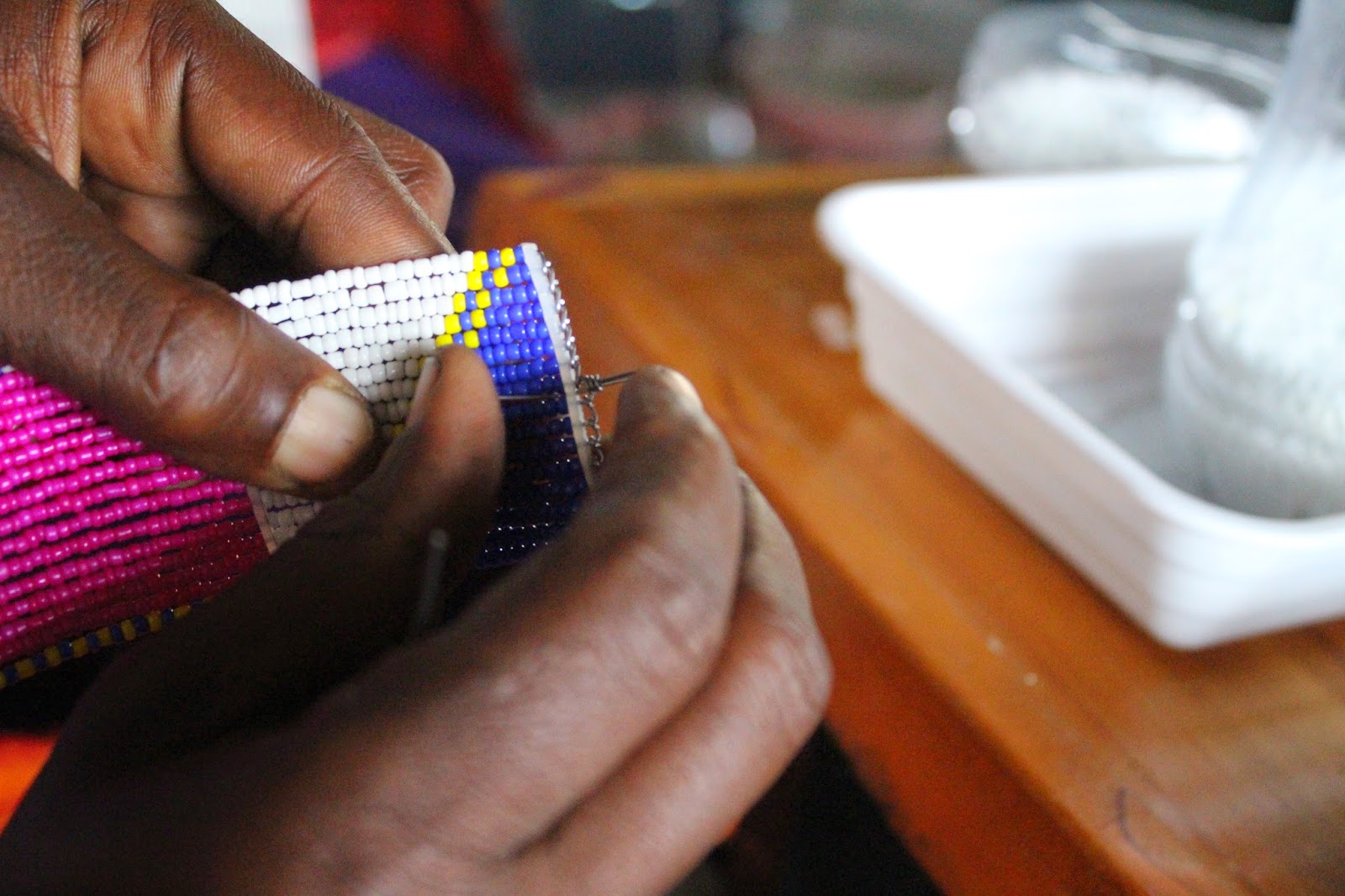 Posted by Conversations on conservation of cultural heritage