The Role of Science in Conservation Decision-Making Processes Today 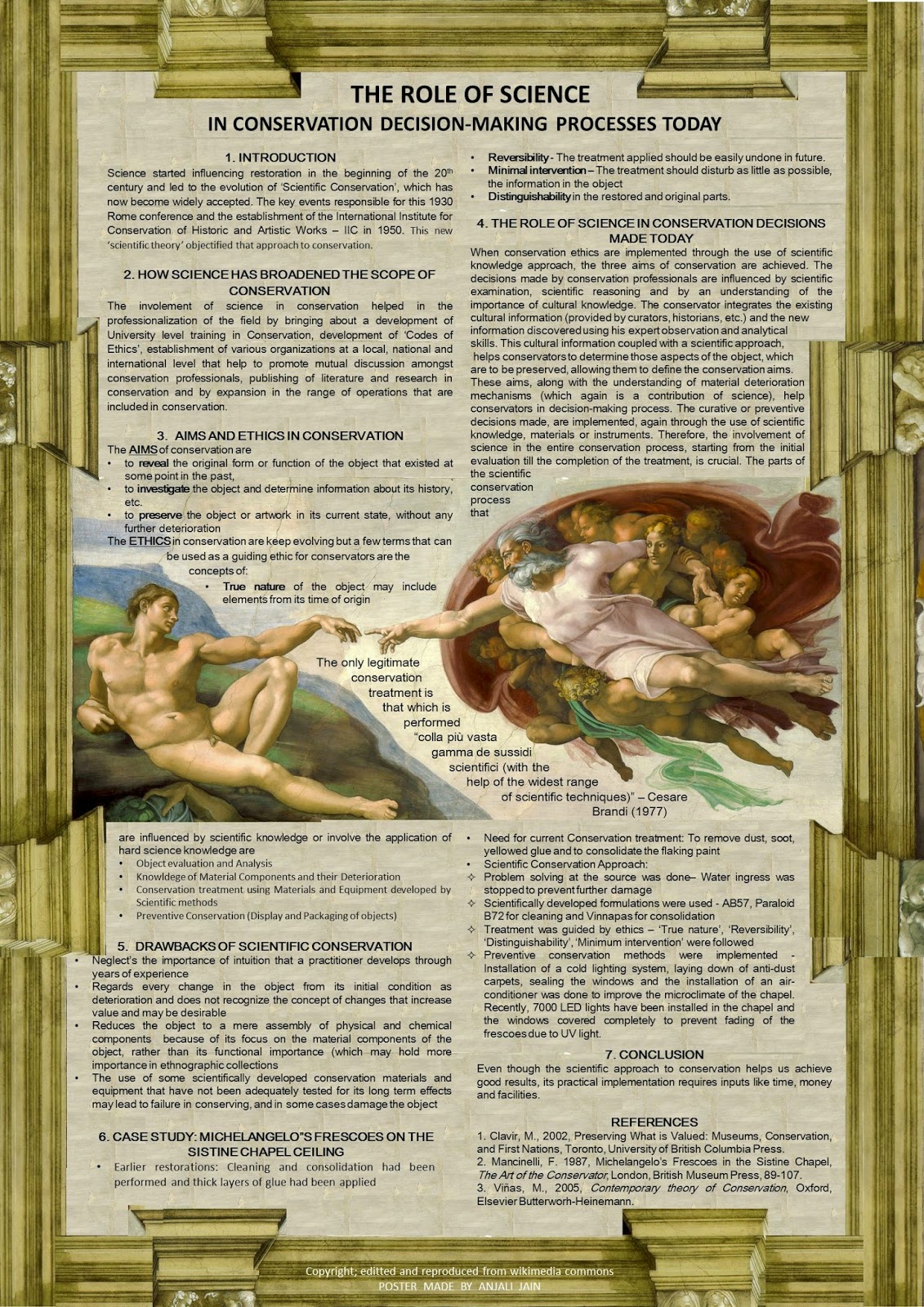 Target Audience:  Conservation professionals, curators, historians, other people who work in close collaboration with conservators and the general public.
Posted by Unknown